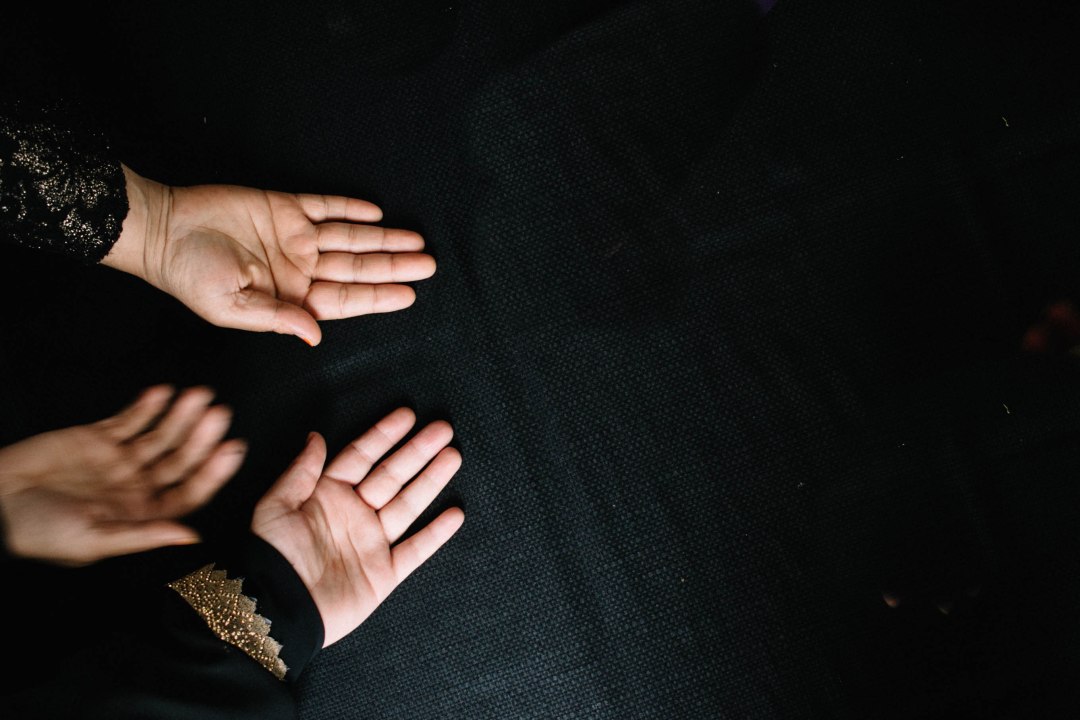 Peace of Thread: Giving A Voice to the Refugee Women of Clarkston Pt. 3

Be sure to check out part 1 and part 2 of this series on Peace of Thread, where Denise Smith told us about how she got started and the struggles she faced in her work. In this final installment find out more about where Peace of Thread is now, where they’re headed and how you can get involved! 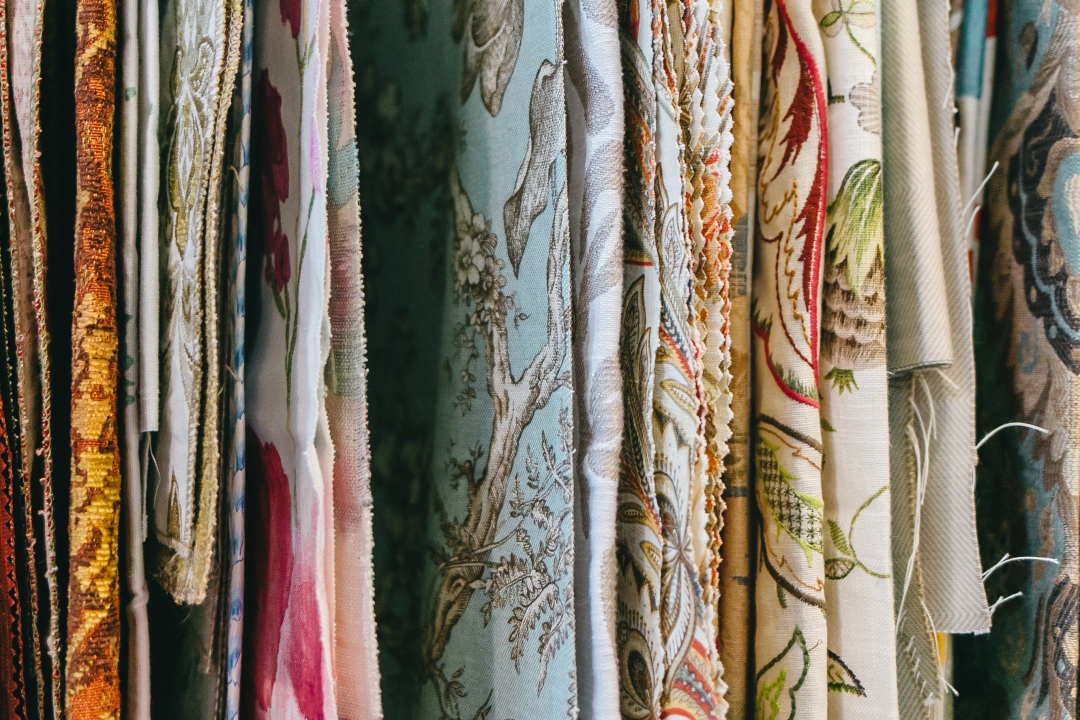 One of the last stories Denise shared with us as we sat with her at Peace of Thread was the story of a Syrian refugee woman.

Denise met her at a playground in Clarkston. The woman had recently arrived to the United States from Syria, and she invited Denise to her apartment. However in the weeks following, every time Denise tried to visit, the woman wasn’t home.

Finally, Denise knocked on the neighbor’s door to see if they would know where the Syrian woman was. The neighbor, a friendly Somali woman who couldn’t speak any English or Arabic, had to call her husband to translate. He called the Syrian woman’s husband, and they were finally able to track down the woman Denise met at the park.

Denise learned that the Somali refugee woman and Syrian refugee woman were best friends, although neither of them could speak the same language. But every day, they would knock on the wall to say good morning, and in this way they could speak to each other. They found friendship and hope on the other side of the wall.

They all sat down in the Syrian family’s home. And as the woman made coffee, her story began to unfold. She was 21 years old and had very recently come to United States. While in Syria, she had been kidnapped by ISIS and repeatedly raped and abused. They put her in a hole for four days and fed her nothing but mud. She pretended to be dead, so they buried her in that hole while she was still alive. In the middle of the night she dug herself out and ran to someone she thought was going to help her. Instead, the person she believed to be her way to safety was revealed to be a member of ISIS as well. After being continuously tortured, she finally escaped and was reunited with her family. Soon after, she was able to come to the United States as a refugee.

Her story was horrible. But sitting there with Denise was the first time she was able to release it, to tell share it with another person. How she was kidnapped and raped by ISIS, how she escaped and was recaptured. How she was able to come to America, how alone she was, and how her best friend was this neighbor she had never met, but she was living for the moment when she would hear the good morning knock on the wall.

“All I could do was hold her,” Denise said.

“I’ve only been back once. I just don’t have the time. There are thousands of refugees here. But wouldn’t you want to be her friend?” 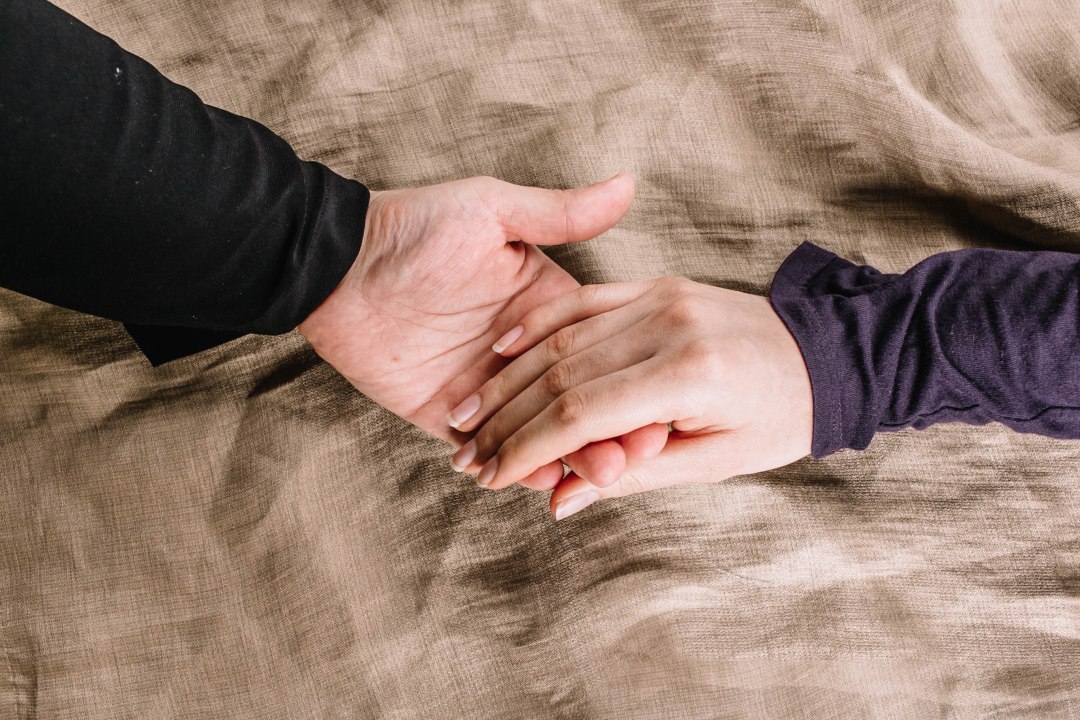 Right now in the United States, there are 42 cites receiving refugees. Denise says that ninety-one percent of those refugees are women and children, and that’s where she sees a lot of opportunity for empowerment.

Peace of Thread aims to do this beyond empowering them financially through the designer bags that the refugee women hand-make and sell. This non-profit organization attempts to address every part of the women they employ and help them in any way they can.

One of their main goals is to help the women be physically well by offering clinics, personal hygiene products, and even yoga classes.

The yoga classes have been particularly impactful. The women have been practicing yoga in their own homes as well as in class, which Denise believes has been especially significant because it allows each woman’s whole family to witness her taking control and taking care of her own body every morning.

Peace of Thread has also been remodeling and renovating parts of their property. One section of the area is going to include a healing garden, a place where the women can be safe and feel comfortable. It is going to be fenced, and Denise hopes that it will be a sanctuary for the refugee women, a place where they can “take off their hijabs and get some sun.”

Aside from their physical well-being, Peace of Thread also cares for these women by coordinating pro-bono consultations with local lawyers. They also offer English classes, training, fellowship, mentorship, and community.

Peace of Thread is always participating in events and selling their products at festivals in the Atlanta area. You can find their booth at the Candler Park Fall Fest this upcoming weekend, September 30-October 1. 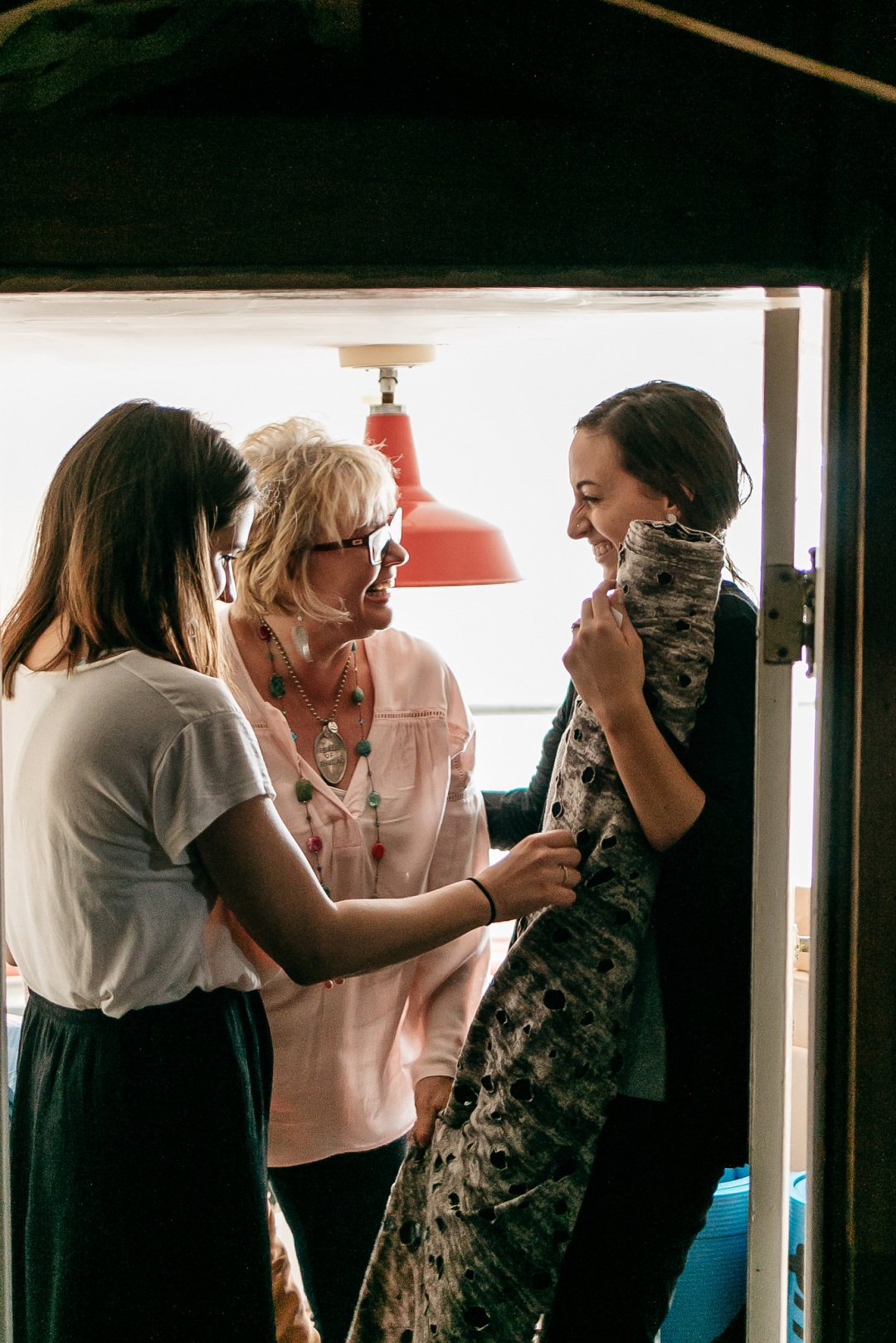 What Can You Do?

There are many tangible ways people can get involved. Denise said quite simply that she needs people to show up; there is always something to do at Peace of Thread. Denise needs a grant writer, drivers to bring the women to and from their homes and the training locations, college campus advocates – be creative! Leverage your individual skills to help those in our communities who are marginalized.

Peace of Thread has two types of volunteers. The first they call “behind-the-sceners,” the people who help with the logistics of making sure Peace of Thread runs smoothly. Right now they need these people to help with festival set-ups as well as running the booths and selling the bags.

The second type of volunteer they call a “common threader.” The name comes from the way this volunteer threads her life through the life of a refugee woman. This is more than a volunteer position, this is someone who is a friend and advocate.

Denise emphasizes the importance of “common threaders” in the Peace of Thread community, but she also stresses that this not a short time commitment. “Do you ever say to one of your friends, ‘I’m just going to be your friend for 6 months and then move on?’

“No,” she says, “when you get to know somebody, the friendship develops over time. For life, hopefully.”

This kind of relationship is one of the most crucial aspects of empowering these women.

“Be her voice, until she has a voice. Teach her everything you know. Empower her to be free, and she can be a thriving American citizen. There is no formula. If you are a person who can love another, then you’re in. You don’t have to earn your way. You just need to show up, and be consistent and intentional.”

To hear more about our stories and get our fun upcoming newsletter visit www.releasethewomen.com and sign up!

Also, to celebrate this series and the beautiful work of Peace of Thread we are announcing a Giveaway! One lucky person will win a Shanta Salaam or “Bag of Peace” from Peace of Thread as well as a FREE 30 minute photo session with photographer @crystalannephoto

The winner will be announced on October 3!

*You’ll receive one EXTRA entry if you head over to Peaceofthread.com and donate any amount of money (or buy a bag)!* Just let us know in the comments if you donated or bought something.
Good luck everyone!

One thought on “Peace of Thread: Giving A Voice to the Refugee Women of Clarkston Pt. 3”

“There is no limit to what we as women can accomplish.” -Michelle Obama ✨ Bringing all that energy into 2020!! 📷: @catcam93
Happy Solstice friends! A huge thank you to everyone who came to our event on Thursday 💕 we had such a magical time and it was wonderful to connect with you all ✨ If you missed it, check out today’s blog! We are featuring the practices we did at our event to help you celebrate the solstice. Link in bio!
Our Winter Solstice Yoga and Wellness Workshop is almost here! Let us introduce you to another magical practitioner who will be leading us through a vision casting exercise! ✨ Jackie Ospina grew up in Atlanta where she inherited a passion for food from her Panamanian mother who introduced her to the value of using food as medicine. She studied Hospitality Administration at Georgia State University and graduated in 2017 with an intention to work in the food & beverage industry. After a short period of managing one of Georgia Tech’s dining halls, Jackie transitioned to work in HR and finance at a corporate catering company called Sifted, where she continues to work now. In the coming year, Jackie hopes to go back to school for an MBA in Sustainable Business which she hopes will empower her dream to open her own holistic wellness center based in sustainable business practices. Jackie is passionate about holistic wellness and nutrition, mindfulness and sustainable + zero-waste living and she offers monthly workshops on different wellness and sustainability topics. Follow her @casitainthecity for updates on her journey!
Still haven’t bought your tickets to our winter solstice event yet?? It’s in 1 week so get your tickets now!!! We want to introduce you to another one of the folks who will be leading the event ✨ • Elizabeth Endara is a writer, doula, advocate, and yoga teacher based in New York City, and she is also the co-founder and editor-in-chief of Release the Women. Her work is focused on embodiment, trauma recovery, and coming alongside women as they discover their inherent power and worth. 💕